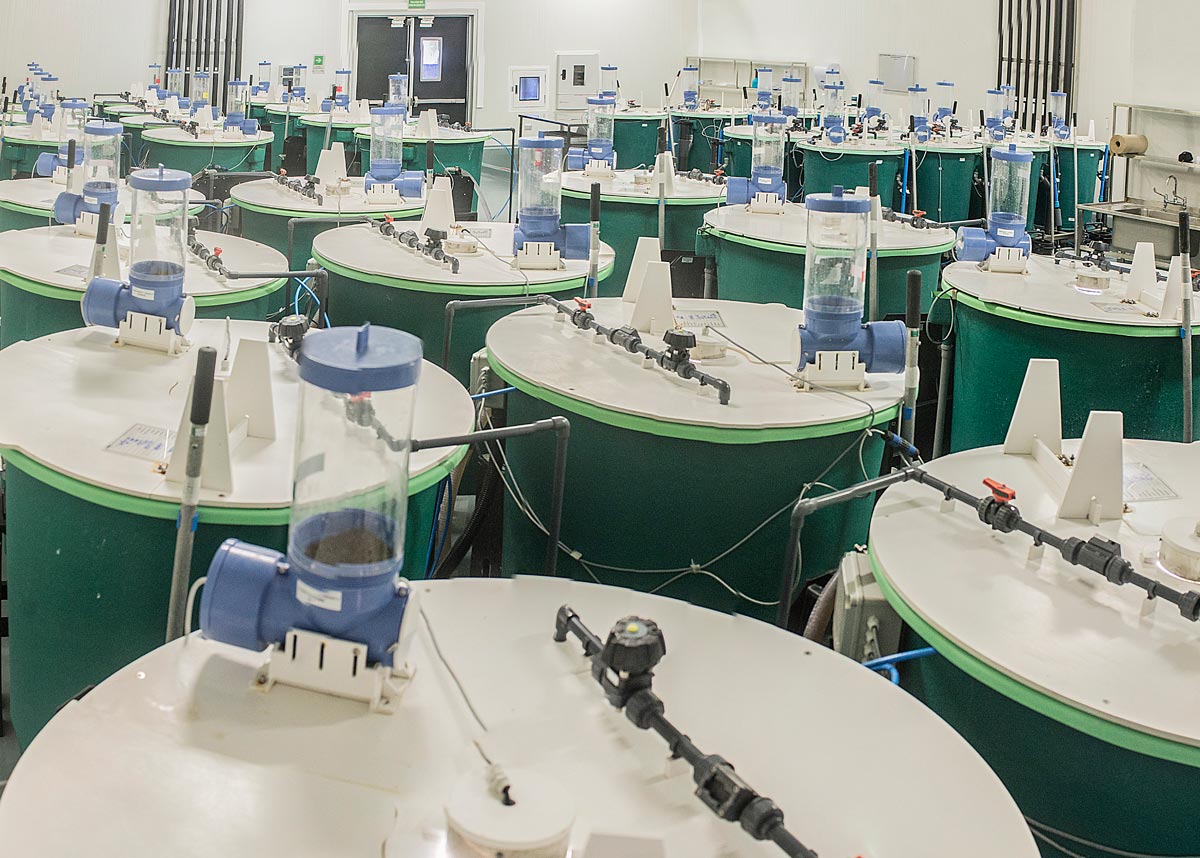 This project was born from a requirement unlike anything we were used to doing. It wasn’t about a production system, instead, it was a research system that would be used to test different diets and their response to several different important diseases for the industry. It had to be open flow, because the groups would be infected intentionally, therefore, a recirculation system was out of the question, as it could distort the results. It was a major challenge from the very beginning.

The project’s additional requirements included different temperatures and salinity levels. In addition, six different water qualities had to flow into the same shed and they always had to be available to the plant operator in order for the company to alter them whenever they saw fit.

Sanitary barriers were also important, as they were using seawater, which is presumed to be a source of infection. This posed an additional challenge, because we had to make sure that we were delivering superior quality water, guaranteeing that no external pathogens would enter. Then, that water had to be returned to the environment 100% pathogen free.

Another important trait of the project was the level of control used to supervise each process and experimentation shed. Different information platforms were implemented that could send specific alarm messages, both to the computer systems that made up the plant and to independent cellphones or iPads located in or off the premises.

One of the project’s most important milestones was the fact that they were the first to reduce overtime shifts precisely thanks to the supervision system. 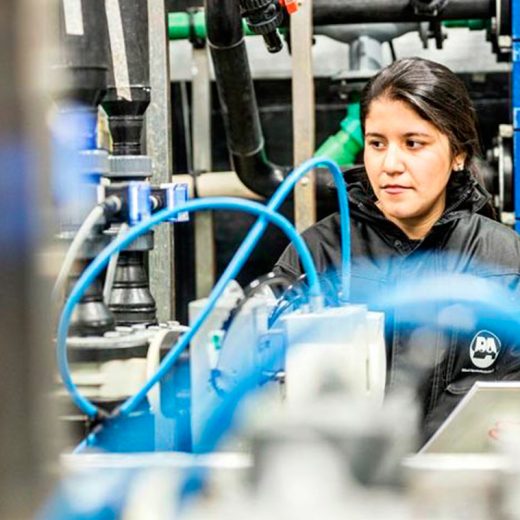 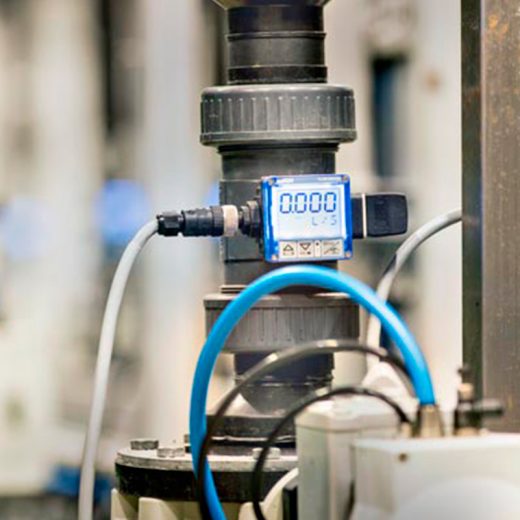 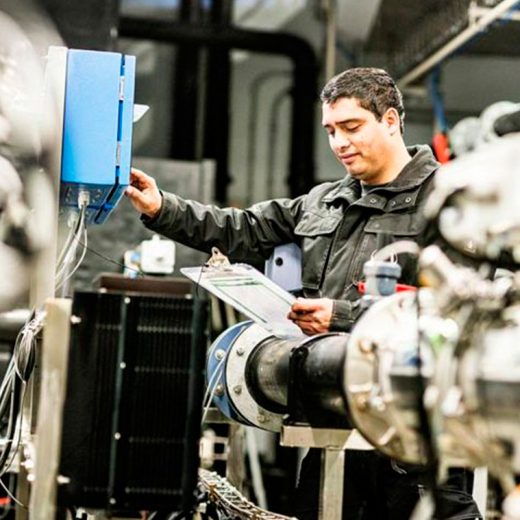 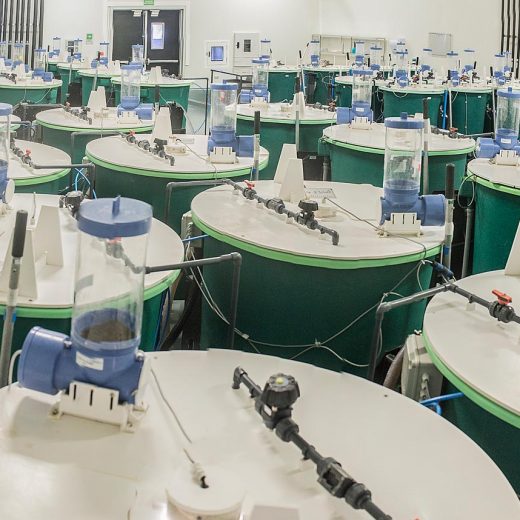